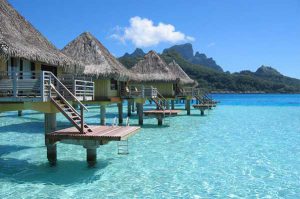 The special case of French Polynesia

A 2004 law conferring a large autonomy to French Polynesia has resulted in the suppression of the effects of French trademarks on this territory. Faced with this legal void which was only filled very late, a Polynesian rule of 2013 decided to recognize the validity in Polynesia of trademarks registered at the INPI, under certain conditions, which differ according to the date of filing of the trademarks in question.

Valid trademarks, outside the renewal period

There is a deadline expiring on 1 September 2023 to apply for recognition of its trademark in the Polynesian territory. In order to do so, it is necessary to fill in a specific form and send the request, together with the payment of the corresponding fee, to Tahiti's General Directorate of Economic Affairs.

For marks that must be renewed before September 1, 2023, it is possible to apply for :

The two procedures are cumulative: the request for extension cannot take place without prior recognition of the effects of the trademark for the past.

It is no longer a recognition of rights for the past, since it is a new filing, but an extension of protection. In order to obtain it, one simply has to pay an additional fee of €60 (July 2016), which will allow the effects of the trademark to be extended in Polynesia. This fee is optional, and is only justified if you plan to have an activity on this territory, or if it is of any interest to you.

If this fee has not been paid at the time of filing, there is no recognition procedure possible: a new application must then be made if protection is sought in that territory.