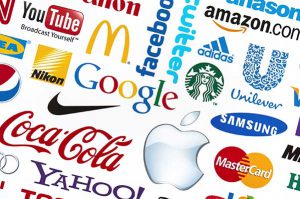 The different forms of trademarks that can be registered

There are different forms of trademarks, which should be identified before any registration project. There are specific rules governing the registration of a trademark and the choice between a verbal, figurative or semi-figurative form must be carefully considered.

The forms of "traditional" brands

There are many different forms of trademarks allowed. They can be sonorous, two and three-dimensional. Colours or even holograms can constitute a mark. However, almost all registered trademarks are registered in verbal, figurative or semi-figurative form:

The word mark is only composed of one or more characters (numbers and/or letters). It can be a word, a set of words or even a simple number. Once the word mark is registered, the name will be protected regardless of the graphic form used for its exploitation.

It is often preferable to file a word mark as a priority, rather than a figurative or semi-figurative mark. By protecting only the terms of the trademark and not its graphic form, it is thus possible to use it in the form of one's choice. The latter can evolve at will, without infringing on the protection of the name. If, on the other hand, the trademark is registered in figurative or semi-figurative form, it must in principle be used in the form in which it was registered. This means that substantial changes in the graphic form may require a new application.

Unless you have the necessary means to file all three forms of trademark, it is therefore better to give preference to the registration of a word mark.

It consists exclusively of graphic elements: there are no verbal elements in a figurative mark.

A figurative trademark can then take the form of a logo, a drawing, a hologram or even a certain shade of color. With regard to the latter form, it must be described by means of an internationally recognized code, for example the "Pantone" code. As an example, Orange and Decathlon have a title to the colour shade of their brand, without any other associated form.

Thus, the figurative mark confers a right only to the sign as filed.

The semi-figurative mark consists of two types of elements: a verbal element and a figurative element. It can be a logo accompanied by a name, but also a term with a particular calligraphy or graphic design.

This form of trademark is useful when the verbal element is not or only slightly distinctive. The association of the name with a figurative element will in principle make the mark distinctive enough to be accepted at the time of filing. Again, the semi-figurative mark must be used as filed. It is therefore preferable not to make any changes during the life of the trademark (whether on the name or on the graphic form).

For several years now, new forms of trademarks have been registered at the offices. These trademarks have met with varying degrees of success with the examiners. As of December 11, 2019, the obligation to represent the trademark graphically has been abolished. This will make it easier to file certain applications, such as sound and video applications. Others could finally be accepted, such as smells and tastes.

Until now, these marks have posed the problem of their graphic representation. Music, for example, could easily be represented by a staff, but what about sounds? In particular, the sound spectrum was used to show variations in sound, but was not precise enough for the average consumer. As for videos, we loaded a series of successive images that more or less represented the complete video. This is the "motion mark".

Nowadays, with the disappearance of the graphic representation, it is enough to download one's digital file, which makes the scope of protection much clearer. However, there will remain a technical difficulty at the INPI in the early stages, since these files will not be accessible on trademark databases. How can I find out about them? Time will tell.

These have always been very difficult, if not impossible, to represent graphically. However, the abandonment of the obligation to graphically represent them will not make it easier to record them in the immediate future. Indeed, the new text requires that the trademark be perceptible in an objective manner. However, what could be more subjective than tastes and smells? We are therefore not likely to see this type of trademark proliferate any time soon.