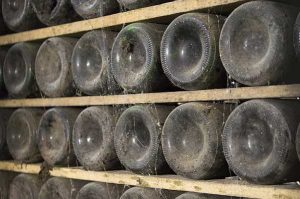 The obligation to use a mark

The obligation to use a trade mark makes it possible, in the first place, to prevent the proprietor of a trade mark from exercising a monopoly on his name even though he does not make any use of it. It is not, however, an absolute obligation: the trademark is not really subject to an obligation of use until 5 years after its registration. In practice, this allows trademark applicants to start operating it only after a few years, for example the time it takes to start production.

This requirement is found in Article L714-5 of the French Industrial Property Code, which states that :

"The owner of a trade mark who, without just reason, has not made effective and serious use of it for the goods and services designated, for an uninterrupted period of five years from the date of registration, shall be liable to forfeiture of his rights".

What are the consequences in case of non-compliance with the obligation to use a trademark?

Failure to do so can lead to the forfeiture of the trademarkThe trademark may be used, in whole or in part, provided that the trademark has not been used for five consecutive years. Partial revocation occurs when the application relates only to some of the goods or services and not to the entire wording of the mark. In practice, non-compliance with this obligation by the owner of a trademark may prove useful in several cases.

During a trademark availability search

If an earlier trademark identified in an earlier trademark search has been registered for more than 5 years, it is worthwhile to investigate further and check whether it is still in use. If it is not, the chances of its owner acting are lower in practice. It is then possible, in some cases, to ignore this anteriority and continue the filing process.

In defence in an infringement or opposition action

Proof of use and reasons for non-use

Serious use is required by article L714-5 of the Intellectual Property Codeand means that it must be "real, not sporadic, effective and of a commercial nature", which is a sovereign assessment by the judge. For example, deliveries of goods in derisory quantities or sporadic advertising cannot be considered as serious use of the trademark.

Some proofs are more relevant than others: these are dated documents showing the trademark and the goods and/or services concerned. Examples include catalogues, invoices, packaging, newspaper advertisements, photographs or even advertisements in some cases.

The owner of a trade mark who has not complied with his obligation to use it may present just grounds and thus escape revocation. These are assessed by the court on a case-by-case basis and specified by case law. For example, the existence of an ongoing dispute between two trademark owners may justify that a trademark is not being used by one of them.