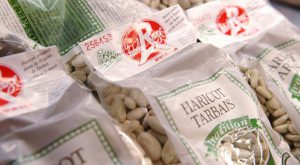 A collective trademark - what for?

Contrary to what its name might suggest, a collective mark is not necessarily co-owned by several people. If co-ownership of the mark is possible, it will most often be held by a single entity (an association, an interest group, a cooperative, a trade union, etc.) which will authorize its members to use the mark.

Indeed, the collective mark is primarily used to enable consumers to identify the origin of a product or service. geographical area, method of manufacture or any other characteristic commune products or services of the members of the incumbent entity. Thus, an association of Breton producers has opted for the following sign, which allows a buyer to quickly identify products created in Brittany :

However, in order to have the right to use this symbol on its own products, an authorization from the entity holding the collective trademark is necessary. Indeed, the latter must ensure that its members comply with certain standards, which must be mentioned in the rules of use of the trademark (Art. L. 715-1 CPI).

The collective marks are thus most often used to promote products that are characteristic of a given region. But other uses can also be envisaged: for example, SMEs brought together in an association could register a collective mark which would enable them to jointly market their products. It is to give a better visibility to their products that the National Union of Independent Brewers (SNBI) has recently registered the collective trademark "Independent Brewer":

Furthermore, there is nothing to prevent the inclusion of a collective trademark and an individual brand on the same product, allowing to gain visibility, while distinguishing its product from those of its competitors. Moreover, a French collective mark can be superimposed on a Community collective mark.

While collective marks are little known, there are a large number of them, which meet different requirements depending on the regime to which they are subject.

The different types of collective marks

The Intellectual Property Code distinguishes between two types of collective marks: the so-called "simple" collective mark and the certification mark, which is subject to a stricter regime.

However, unlike traditional brands, the collective trademark does not confer a monopoly on its holder, since it is supposed to allow its members to use it. The establishment of rules of use will therefore be necessary and will make it possible to avoid entering into trademark licensing contracts with each user. Indeed, as soon as a person meets the objective conditions laid down by the regulations, he automatically has a right to use the mark. If the exploitation of the collective mark does not comply with the conditions laid down in the Regulation, the user is liable to disciplinary or even judicial sanctions.

Finally, the regulations for use must be sent to the INPI, if possible at the time of filing or at the latest at the time of publication of the trademark. The latter will in fact be registered in the national trademark register.

Unlike the simple collective mark, the guarantee mark pursues an aim of general interest and is therefore subject to a stricter legal regime.

Thus, the deposit will be made by a legal entity capable of issuing a certification, which must be neither a manufacturer, importer, nor seller of the products or services concerned (Art. L. 715-2 CPI). This condition of independence is a guarantee of consumer protection.

In addition, the rules of use must specify the characteristics of the designated product or service, and in particular "its nature, properties or qualities" (Art. L.715-1 CPI). This is a genuine approved specification, which provides for a system of control by the registrant. The regulations must be filed with the trademark application.

The collective certification mark has enhanced protection against tampering. Moreover, it cannot be assigned. This non-transferability is explained by the fact that the trademark is definitively linked to its owner, who is the only one who can exercise control over it. Finally, if the trademark ceases to be used and is not renewed, there is a 10-year waiting period on the term concerned, prohibiting any new filing by a third party (Art. L.715-2 6° CPI).

At the European level, no distinction is made between simple collective and certification marks. The European collective mark therefore has a single legal regime. This trademark provides protection throughout the European Union.

An application for an EU collective trademark may only be filed by associations of manufacturers, producers, service providers or traders, as well as legal persons under public law.

The advantage of the EU collective mark is that it allows the registration of signs or indications which may serve to designate the geographical origin of the goods or services, unlike an individual EU mark. However, the collective mark will not allow its proprietor to prohibit a third party from using such signs or geographical indications in trade, where such use is in accordance with honest practices in industrial or commercial matters.

The applicant for a collective mark must submit regulations for use within two months of the filing date. In particular, it must specify the persons authorized to use the mark, the conditions of membership of the association owning the mark, and the conditions of use of the mark, including sanctions.

If the simple collective mark does not enjoy a legal advantage in comparison with the classic individual trademark, we have seen that it can be exploited in practice either to indicate membership or for purposes of identification or collective promotion. This is the case when a group of small professionals (for example, small producers) files a collective mark with the aim of appearing as a larger economic entity. The same is true when independent professionals come together to register a trademark and conduct an advertising campaign around that trademark. They thus hope to benefit from the spin-offs of this campaign, while bearing only part of the costs.

The use of the collective trademark may also go beyond a simple commercial argument. Thus, the National Council of the Order of Pharmacists has registered as a collective mark the emblem consisting of a Greek cross with equal branches and green in colour. That mark pursues the objective of guaranteeing the quality of the goods concerned.

Consequently, the collective mark, whatever its form, offers a competitive advantage to its users, since consumers see it as a guarantee of quality. Start-ups and SMEs, for their part, will have every interest in grouping together under a collective mark, which will give them greater visibility.

Other examples of collective marks : 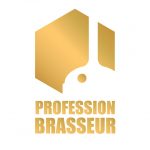 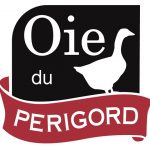