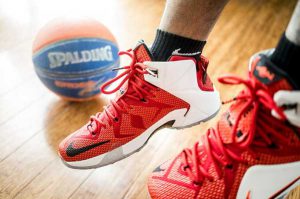 Among the conditions that must be met a trademark when it is registeredThe requirement of distinctiveness: a trademark cannot be descriptive, otherwise the goods it designates could not be distinguished from those of the competition.

What is a descriptive mark?

A descriptive mark does not make it possible to differentiate the product concerned from other competing products because it designates it by its common name, or by one of its essential qualities: these terms must remain available to all operators on a market. For example, the name "Plate" may not be used as a brand name for a company manufacturing plates. This example illustrates a direct link between the name chosen and the product; the brand directly describes the product in question. Similarly, the mark cannot be an essential characteristic of a product or service. For example, the expression "cheap" cannot be used to refer to a brand of low-cost clothing, or the word "sharp" to refer to knives. Finally, in the context of a figurative mark, the sign cannot directly represent the product concerned.

These three categories of non-distinctive signs are specified in the intellectual property code, including Article L711-2 states that :

"Are devoid of distinctive character:

On the other hand, any term can be used to refer to a totally different product, even if that term would be used in everyday language. For example, the word "plate" could be used for a brand of clothing, as the two concepts are unrelated.

Although choosing an arbitrary trademark is often the best option, it is often possible to circumvent a refusal upon registration of a trademark descriptive: this can be done by adding a distinctive element, for example a logo. The addition of a logo or a drawing makes the trademark distinctive enough to be validated by the INPI, but the protection granted is not of the same order. Only the logo will be really protected and the name itself cannot be really defended.

Acquisition and loss of distinctiveness

A distinctive mark on the day it is filed can become descriptive later on: this is known as trademark degeneration. The hypothesis is rare but occurs when the use of a trademark is such that it becomes a common name to designate the product concerned. The best known example is that of the trademark "Piña Colada", a term now commonly used to designate a cocktail, even though it was originally a trademark. In the event of degeneration, an action for revocation can be brought and cause the trademark to lose all rights to the product.

Conversely, a trademark can acquire distinctiveness over time as long as consumers perceive it as such. The "vente-privee.com" trademark is a good example of this. The term "private sale" does not in itself imply any distinctiveness for online sales services, but the The Paris Court of Appeal ruled in 2014 that that expression was perceived by the public as referring to the services of a particular undertaking, which is sufficient to qualify it as a trade mark. It could therefore be registered, thanks to an acquisition of distinctiveness through use.