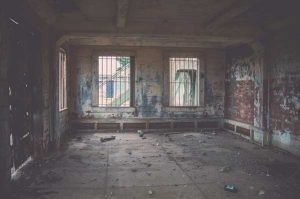 Action for forfeiture for lack of use

Forfeiture for misuse, as its title indicates, is a direct result of failure to comply with of the obligation to use a trademark. The action allows a third party to attack a mark in order to obtain its forfeiture. Its owner can then totally or partially lose his rights to his trademark.

The obligation to use a mark

The obligation to use results from Article L. 714-5 of the French Intellectual Property Codewhich states that:

"The owner of a trade mark who, without just reasons, has not made serious use of it for the goods and services covered by the registration for an uninterrupted period of five years shall be liable to forfeiture of his rights. »

Revocation of use is therefore recognized in the event that the mark has not been put to serious use for an uninterrupted period of 5 years, for the goods or services referred to in its wording.

However, the notion of "serious use" remained unclear and the case law had to take care of drawing the main characteristics. Without going into further detail, serious use means that it must be real, not sporadic, effective and of a commercial nature.

Action for forfeiture for lack of use

Forfeiture is not automatic and must be brought before the High Court (Tribunal de grande instance) by a third party once the period has expired. The revocation action is open to any interested third party: this presupposes that the latter must feel a concrete discomfort, for example if he wishes to register an identical trademark for the same goods and/or services.

On the other hand, the burden of proof does not lie with him, and it is for the proprietor of the contested mark to prove its use. It is in fact much more complicated to prove a lack of use than the reverse. The defendant may also invoke "just grounds", i.e. circumstances or obstacles outside his control that would have prevented him from using his trademark.

Use can be proved by any means by the defendant, but proof of use is usually dated documents: this can be press reviews, advertisements, catalogues, labels or packaging, but also figures such as sales volumes. It is then up to the judge to assess their relevance.

An action for revocation for failure to use may be limited to certain goods and/or services, in particular if the plaintiff in the action is interested in only some of them. In such a case and if he is successful, the trade mark will be revoked only for the goods and/or services which are the subject of the action or for which proof of use could not be provided.

Protecting yourself against a forfeiture action for misuse

The owner of a trademark has every interest, on the one hand, to make effective use of it, but also to keep evidence of its use in a file. Thus, in the event of an attack, this one will be able to protect himself. Also be careful not to substantially change the appearance of the trademark, at the risk of losing distinctiveness. The judge may not consider its use as proof of use of the trademark originally registered.